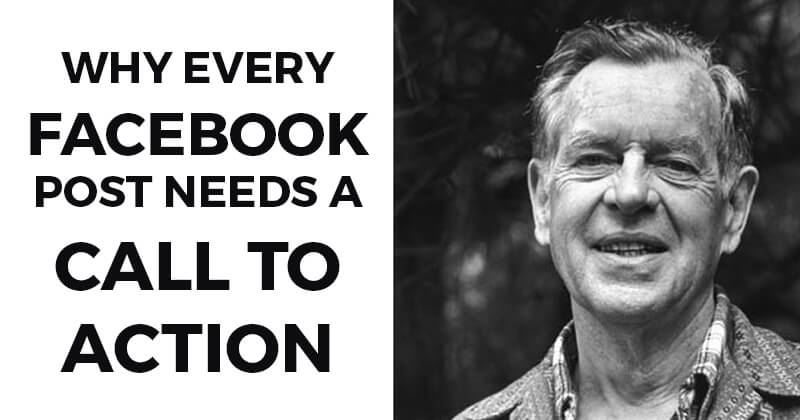 Joseph Campbell was right when he said:

Every hero’s adventure begins with a call to action.

It’s what makes a hero look up from his Cheerios and say:

Without it, the story never takes off. Luke spends the rest of his life on Tatooine whining about power converters, and Frodo just shuffles around the Shire developing mild alcoholism.

Problems always exist, but a hero only gets involved when it’s clear that he has to. A hero needs to be made aware that it’s time for him to do something heroic.

You might be bored, but at least you’re not kissing your sister.

In this case, your Facebook fans are the would-be heroes.

But without providing them with a clear call to action, you’ll never get them on their adventure…

… which is to shower you in an unyielding avalanche of cold hard cash.

But before you have the money to decorate your mansion with Victorian-era portraits of yourself riding polar bears, you’ll have to get your community engaged.

Tell them what you want them to do.

*we were unable to verify if there are in fact requirements to date Paris Hilton.

Because it increases your EdgeRank.

Your EdgeRank is Facebook’s super-serious term for how it decides when and how often to show your posts in your fans’ News Feeds.

The higher the EdgeRank, the more views your post gets.

You may ask: “So to get my fans to interact with my posts I need to post compelling, thoughtful and high-quality content, right?”

Actually, you just have to tell them to interact with your posts.

One of the greatest misconceptions is that effective community engagement somehow takes Einstein-levels of cleverness.

(shameless plug: for example, we actually have a lifeless robot brain that does almost all of the creativity for you — take that, sentient beings)

Now, If you’ve stopped reading this to spam your fans with “LIKE THIS POST” over and over again, then you’ve misunderstood…

For instance: If you want your fans to interact, you simply ask a question, right?

In fact, some studies have shown that asking a question by itself actually gets worse interaction than if you asked nothing at all.

About 23% worse. (via Momentus Media)

(Momentus Media did a study of 20,000 FB profiles – Bit older, but still one of the best out there.)

Don’t worry: you didn’t learn Who, What, When, Where, and Why for nothing. They still work, and they still get you things.

But what’s missing is a call to action.

WRONG:
“Which is better: Harry Potter or Twilight?”

RIGHT:
“Which is better: Harry Potter or Twilight? Tell us in the comments!”

If you demand an answer, people are simply much more likely to respond.

Look at what happens when you tell your fans specifically to comment:

The lesson is simple: people won’t do sh*t unless you tell them to.

Look at any of the top 100 YouTube channels. They all end with:

“What do you think about turtle racing? Tell us in the comments! And remember to hit subscribe!”

They do this because it doesn’t matter how funny you are, the majority of people will finish your video and go, “Ha! That was funny– omg a cat playing piano. *click*”

And then they’re gone.

You COULD have had a weekly subscriber, commenting and increasing the ranking of your videos. But instead you forgot to give them a call to action, and they’ve disappeared forever into the intangible ether of cat videos, never to return.

It even fits under the bed!

Easily the best way to get Likes or comments is to change their context and make them a call to action.

The comment/like IF [condition] sentence is very powerful.

“My hamster fell down the garbage disposal.”

You’d get zero likes, because no normal person would like the fact your hamster was ground to death in your sink. Your maximum interaction would be from comments and views alone.

But if you magically changed it to:

Now you’ve altered the meaning of the word “like”.

People aren’t saying that they like the fact that your hamster had a brutal (but easy to clean) death — they’re merely showing their support for a departed comrade.

Comments are great on Facebook. They usually include words — sometimes they’re spelled correctly.

But ultimately they’re a lot of work. So even with a call to action, people are less likely to interact the more work they have to do.

So use this to your advantage and make it easy.

You are 216% more likely to get people to click Like than you are to have them actually write a sentence. 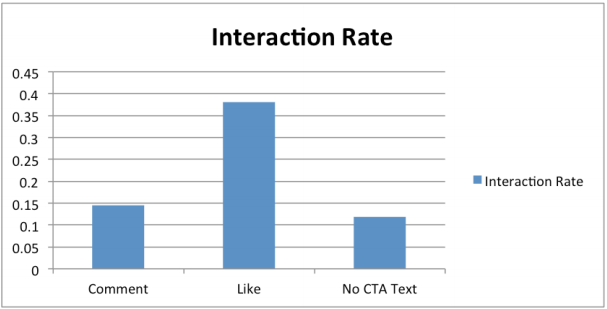 Hopefully I’ve convinced you of a few things:

1) Always use a call to action. Tell — don’t ask — your audience exactly what you want.

2) Likes are easier to get than comments.

4) And finally: hamsters are terrible plumbers.

Use the call to action in everything you do. Without it, the hero doesn’t move, there’s no adventure, and you don’t get a marble statue of yourself.

But hey — at least you never kissed your sister.